In Conversations in Carmel John Hargreaves shares his extemporaneous thoughts in response to 24 questions during a two-day interview recorded in Carmel.

This transcript reveals John’s lifelong scholarship and altitude of thought. He was fluent in several languages, including Russian, German and Latin. He was a serious student of history with an understanding of both the details and grand sweep of the centuries. His books and articles on business and technology topics, written before he took up the practice, were also highly regarded in many countries, as was his poetry he shared with friends.

No subject, however, engaged his devoted scholarship and enthusiasm as did Christian Science and the Science of Being. John pored over and absorbed all of Mary Baker Eddy’s writings and thus was able to bring to every discussion an entirely faithful and complete understanding of her discovery. While he greatly enjoyed sharing views with scholars, experts and leaders around the world on wide-ranging topics related to spirituality, he was always alert to correct misstatements or distortions wrongly attributed to Mrs. Eddy.

John’s comments in this informal interview have been organized to provide the listener with a logical flow of ideas starting with some fundamental perspectives on God and man. These are followed by his comments on practice and healing, insights on church and the study of Christian Science, and finally, his thoughts on some of the greater issues so important today. 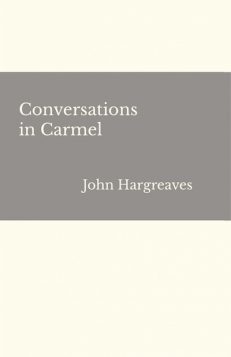 You're viewing: Conversations in Carmel $15.00
Add to cart