Since 2006, MP has been collecting letters that John sent to those around the world who asked him for CS help.  More than 1,000 letters, written by John over nearly four decades, were provided to us by the recipients.

After organizing the best, editing out personal references and creating the graphic files for printing, the two-volume paperback set is now shipping.

We believe readers will conclude that this collection represents some of John’s finest work.  The letters are substantive, insightful and inspiring.  They reflect his total dedication to the writings of Mrs. Eddy and are replete with citations to her work.

The eBook version includes both volumes.

Each time you visit this page you’ll see a random letter:

There is neither a slow nor a fast learner in Science. That which says it is a slow learner is no more true than the belief that there is a learner, or something to learn, in the first place.

You do not live in any degree of mortal mind—not even the third. You live as Immortal Mind—the oneness of Mind and its idea. In this presence, the clouds of mortal mind, or mesmerism, dissolve, and the true image is revealed. But you have nothing to do with this process, nor does this so-called process add to or take from a single bit of your present being. 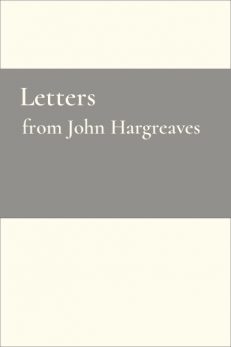 You're viewing: Letters from John Hargreaves $20.00
Add to cart
Our website uses cookies to give you the best possible browsing experience. If you continue to use the site we'll assume that's OK with you. To find out more please check our Privacy Policy.