In two complementary essays: Principle’s Unerring Direction and America, Science and Government  John Hargreaves explores the idea of Principle’s divine government.  Based on an Address written and given by John in California, he examines the theme that, “In divine Science, God is One and All; and, governing Himself, He governs the universe” (Miscellaneous Writings 258:13-15).

The understanding that individual self-government by Principle precludes the accepted belief that persons govern national, church, or individual affairs, and brings freedom from personal control, allegiance, and direction. As John writes in this booklet:

“It is tempting, when we might think that kings or emperors are not doing their job as we would wish, to want to change them. But there is no emperor. There is no government from outside. Man is responsible only to his Maker. He does not turn to an outside potentate nor revolt against it. He does not try to exchange bad mortals for good ones. That would just be tinkering with the dream. Man has no Mind but God, and has no capacity to know or be aware other than as the divine Mind itself. There is one Mind and man is Mind-manifest.” 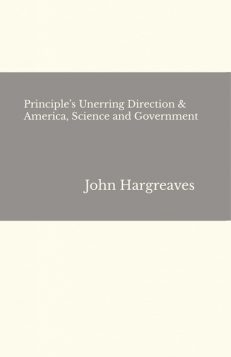