The Divine Idea and the Human Concept & In Thy Light

The Divine Idea and The Human Concept makes a clear distinction between these two mental concepts. The divine idea is God’s concept of anything. It is constituted of and remains in the divine Mind. The human concept of something is the misconception of the true idea seen through the lens of the so-called human mind. It has no inherent truth or substance but is an aberration of true substance. Far from being an alternative to the divine idea, it is the divine idea misconceived, and it is in this misconception that every problem of mankind is to be found.

Animal magnetism, or whatever names one likes to give to assertive, evil suggestion, would attempt to bring thought down from the altitude of Mind’s idea to the level of demonstration and experience as a human concept. This is why we read that “the human concept antagonises the divine.” (Mis. 309:23) The apparent result is a departure from Divine Science into a wholly illusory and mythical realm of human belief, a realm covered in Science and Health in the chapter on Spiritualism.

That the human concept is always erroneous, even though sometimes beautiful, and never something in its own right, is the reason it can only disappear. It cannot be improved. The importance of not being taken in by the sometimes alluring pictures of the human mind is fundamental if the purity of Divine Science is to be retained.

In Thy Light, based on an extemporary talk given at a seminar, the mode of Christian Science Mind-healing is discussed. While from one standpoint, it would appear that the healing and redemptive phenomena of Christian Science are the result of Truth doing something to a human situation, from a higher standpoint this is not so. The one constant is the light of divine understanding which outshines and effaces the shadows of sin, sickness, and death without being aware of them. 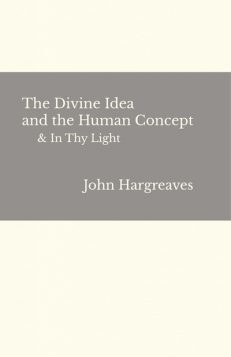 You're viewing: The Divine Idea and the Human Concept & In Thy Light $10.00
Add to cart